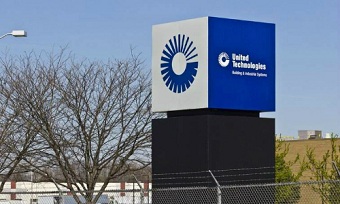 United Technologies Corp. has halted the sale of its Chubb fire-safety and security business because of recent market volatility. The industrial conglomerate plans to instead focus on its portfolio separation plans, Bloomberg reports. UTC had not previously detailed its sale plans for the business. The sale plans stalled after bids from prospective buyers — including private equity firms Apax Partners, PAI Partners and Eurazeo SE — came in below UTC’s expectations. UTC was seeking about $3 billion for the asset.

Chubb is a leading global provider of fire safety and security solutions for an array of vertical markets, including banking and finance, commercial and offices, education, government, healthcare and more. The fire safety business brands include Fireye and Kidde, among others. Chubb was acquired by UTC for about $1 billion in 2003, and is now part of the company’s Climate, Controls & Security (CSS) division.

In November, UTC announced it would spin off its Otis elevator division and Carrier building systems businesses to focus solely on aviation, led by jet engine maker Pratt & Whitney and newly acquired parts maker Rockwell Collins. The company said the Otis and CCS businesses will become independent companies, and CCS will be renamed Carrier.