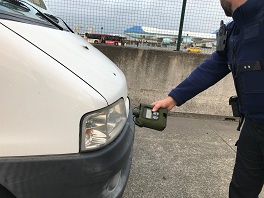 Smiths Detection technology supported the security operations surrounding the NATO Summit in Brussels on 11th/12th July. A range of solutions were deployed by the European Commission Counter-Terrorism Unit and Belgian Federal Police at Brussels Airport and various key locations around the city to detect potential threats from explosives, chemicals and radiation.

Three different types of trace detectors were used during the summit: Trace-Pro to reveal traces of explosives on people, vehicles and surfaces; LCD personal chemical detectors; and the portable, desktop Ionscan 600, which detects and identifies trace amounts of both explosives and narcotics. Hand-held Radseeker and Hazmat ID Elite systems were also deployed to detect and identify any nuclear threat materials as well as liquid and solid chemicals.

The Brussels Summit came at a crucial moment for the security of the North Atlantic Alliance. Important decisions were made to boost security further in and around Europe, including strengthening deterrence and defence, projecting stability and fighting terrorism.
“We have been working with the European Commission for several years, providing equipment to help ensure the security of highly sensitive events,” explained Richard Thompson, Head of Market, Smiths Detection. “As part of the Commission’s threat detection trial programme, our solutions are regularly used in several law enforcement and rail security projects and at top level conferences.”