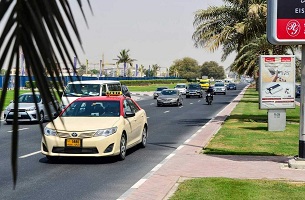 The Ras Al Khaimah Police have introduced cameras equipped with facial and car plate recognition features to monitor the roads in the emirate. The sophisticated cameras are part of the emirate’s ‘Smart City’ project. Major-General Ali Abdullah bin Alwan Al Nuaimi, General Commander of the RAK Police, said these cameras are linked to the central operations room.

“The cameras help ensure safety and security of the emirate, and curb crimes and traffic violations,” he added. The RAK Police have already installed 109,369 surveillance cameras across the emirate. “These cameras keep an eye on every nook of the emirate around the clock as part of an integrated smart system.”

The cameras have helped cut crime rates, the officer added. They have been installed in 16,867 buildings in the emirate as part of the ‘Himaya’ (protection) system. “The Himaya system will (eventually) be connected with the radar and geographic information systems, visual early warning connectivity, and automatic number-plate recognition systems,” Maj-Gen Al Nuaimi added.