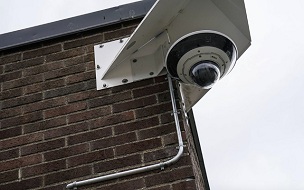 Nine out of ten Swedes are positive about having CCTV cameras in public places, a new survey by Lund University shows. Sweden has traditionally been more reluctant to use video surveillance than many other European countries, but the results of the new survey suggest that the Swedish public has let go of many of its doubts in the area.
“Not only is the public positive about CCTV, they also express a clear wish for more cameras,” Markus Lahtinen, researcher and lecturer in informatics at Lund University said in a statement.

Three quarters of those who responded said they do not think that CCTV on streets and squares is an invasion of their privacy. Two thirds meanwhile said that security cameras in their residential area would not be a threat to their privacy. More than 80 percent of those who took part in the study believe cameras can prevent crime and provide good support for crime prevention