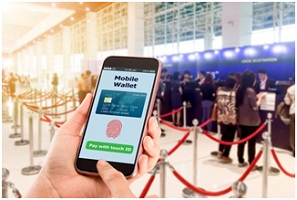 Juniper Research has released a new study that forecasts that the number of mobile biometric payments will increase to nearly 2 billion this year, up from just over 600 million in 2016. In the new study, “Mobile Payment Security: Biometric Authentication & Tokenisation 2017-2021”, Juniper found that while Apple Pay had provided the catalyst for initial growth, other digital wallets including Android Pay and Samsung Pay were increasingly offering biometric authentication solutions. The study also found that the size of the opportunity has been driven by the greater availability of fingerprint sensors, with approximately 60 percent of smartphone models expected to ship with fingerprint sensors this year.

Many Chinese smartphone vendors are also incorporating these sensors into mid-range models. Juniper emphasised the increasing momentum behind alternative biometric solutions, singling out Mastercard as an early leader in this space. The credit card giant’s Identity Check Mobile capability, which is set to go live later this year, allows users to scan their fingerprints and/or take selfies to validate their identities and thereby make payments.
The report also said it expects to see strong adoption of the authentication app recently unveiled by India’s identification authority, through which merchants can verify a customer’s ID via either fingerprint or iris scan. The process links the biometric data to a bank account, acting as both authentication and transaction enabler. Ultimately, the report argued that service providers face the challenge of finding the right balance between end-user convenience and solution security. “Typically, the more secure the solution, the more time-consuming the authentication process,” research author Dr Windsor Holden, said. “It is essential to offer a range of verification options allowing clients to determine what level of security is required for a given authentication.”