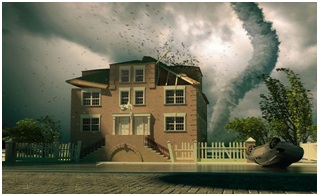 Despite the U.S. experiencing its highest number of billion-dollar disasters in 2017, a new survey found two-thirds of American homeowners are still unprepared in the event of a disaster. BELFOR Property Restoration, the global leader in disaster recovery and property restoration, commissioned the survey to measure household disaster preparedness and awareness in support of National Preparedness Month, recognized every September. The representative national survey of U.S. homeowners revealed an alarming lack of preparedness for both natural and man-made disasters.

Among the most significant findings:
• 60 percent of respondents have not created a disaster preparedness plan.
• Nearly half (47 percent) have not made a preparedness plan because they have never thought about it. In addition, a third said they haven’t made a plan because of not knowing what to do or not having had time.
• 45 percent of respondents – almost half – don’t know what items they should have on-hand in the event of an emergency. For those who did, the top-three items were food, water and flashlights.

“It was shocking to find the results of BELFOR’s disaster preparedness survey showed U.S. homeowners are lacking the resources and awareness to prepare their homes, businesses and families for devastating situations,” said Sheldon Yellen, CEO of BELFOR. “At BELFOR, we’re usually meeting people on one of the worst days of their lives which is why we are so passionate about ensuring people are ready for when, not if, disaster strikes. BELFOR is dedicated to promoting preparedness efforts and strives to educate and motivate our customers as well as all homeowners, business owners and families to take action to prepare and protect themselves.”

The BELFOR survey also found that out of all types of disasters – natural or man-made – only 8 percent of respondents were most concerned by flooding and 7 percent were most concerned with hurricanes, even though floods are the most common and costly natural disaster and the 2017 Atlantic hurricane season reached $265 billion in damages in the U.S. Of those surveyed, tornadoes (25 percent), fires (20 percent) and power outages (19 percent) ranked as the leading concerns.