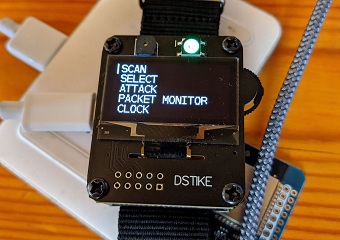 A new warning is being issued for anyone who uses wireless security cameras like “Ring” to protect their home. A Detroit woman said her Ring camera didn’t capture the moment her car was stolen from the front of her house, and one local expert said it’s because crooks are becoming more tech-savvy. Earlier this month, the woman said her car was stolen from her driveway, and when she went to review her Ring camera footage, she realised hours were missing.

Chris Burns, the owner of Techie Gurus, said security cameras that use WiFi to record are more about convenience than security. That’s because WiFi can easily be disrupted, preventing the camera from capturing who is around your home, and criminals are catching on.

“If you’re relying on wireless as a security thing, you’re looking at it wrong,” Burns said. “Wireless signals are easy to jam or block.” Those crooks can use this like a WiFi jamming device, or a deauther, which can be the size of an Apple Watch.

A deauther will overwhelm a WiFi system, forcing the WiFi camera to stop recording if you stand close enough. The accessory only costs about $10-$50. A jammer on the other hand will cost anywhere between $150 to $1,000. They’re also highly illegal, so jammers are more difficult to find, but a powerful jammer can prevent an entire street from recording on WiFI security cameras with the switch of a button.

A spokesperson from Ring sent a statement saying, “Like any wifi-enabled device, WiFi signal interference may affect Ring device performance. If customers are experiencing issues with connectivity, we encourage them to reach out to Ring Customer Support.”
How can customers protect themselves? “For true security, it should always be hard-wired, it should always be plugged into ethernet or something like that,” Burns said.

A spokesperson for Ring said although they are aware of the problem, it is rare. Burns said as technology gets cheaper, it’s likely jammers will become more popular and it’s important to keep people fully-informed.