Uber Cabs will carry out a safety audit to ascertain vulnerable and unsafe areas in the Capital. Uber said it will share the data during the safety audit with the city government, planners and other agencies concerned to “strengthen the safety conditions of any given area”. The exercise, said Uber officials, will also help passengers and other people to identify “at-risk areas” in the Capital. Uber said it has joined hands with SafetiPin, a map-based mobile safety app that tags safety scores to locations on a map based on safety audits done across the city.

The move came in the aftermath of an Uber driver getting arrested for raping a 23-year-old financial analyst travelling in his car in December last year. The Delhi government had banned Uber and other app-based cab services and later had tweaked radio taxi schemes to make way for such companies to register and operate. Uber has also applied for licence to operate in Delhi. According to Uber, Safetipin will collect night-time data of areas across the city by taking photographs using camera phones mounted on Uber cabs to capture surrounding roads and city conditions at regular intervals. It will give specialised training to Uber’s driver-partners to work with its safety auditors.

Each photo will be given precise safety score based on nine predetermined parameters including lighting, openness, visibility, security, walk path, crowd and gender diversity and density, Uber said. “SafetiPin collects data of locations based on nine parameters that together contribute to the perception of safety by measuring actual location conditions in order to generate a safety score for an area. The information is supplemented with comments and photographs from real users and trained safety auditors,” an Uber spokesperson said. 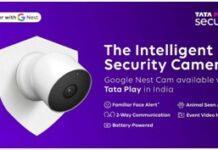 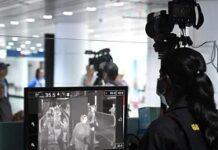 Body scanners may not reach airports at least this year 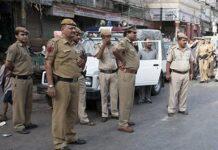 To test alertness, police will “plant” dummy explosives across Delhi

Body scanners may not reach airports at least this year