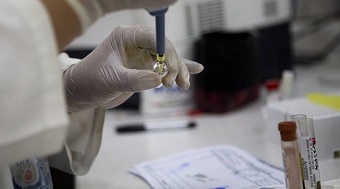 The Forensic Science Laboratory (FSL) is all set to introduce a dedicated POCSO unit under its biology division to expedite forensic reports pertaining to POCSO Act (Protection of Children from Sexual Offences Act) cases within a month, FSL officials said.

The move comes after several meetings between the Delhi government’s Home Department and senior officials from the FSL in the past month. Following this, a proposal was sent to procure tools and machinery pertaining to automating DNA sequencing process and another proposal for additional manpower for the DNA section to help expedite cases. Confirming the development, FSL (Rohini) Director Deepa Verma told The Indian Express, “Cases pertaining to the POCSO Act are of a sensitive nature… we at FSL are making sure that forensic reports are expedited. The unit’s main focus will be on dealing with crimes against women and children.”

The proposal was earlier sent to the Centre, and later to the Delhi government. FSL officials said that the unit should be up and running by the next financial year. There are six divisions in the FSL, and the POCSO unit will be set up under the biology department, which currently has a serology unit.

The POCSO unit will comprise five scientific assistants, and will be headed by a reporting officer — the senior scientific officer. The assistant director, FSL, will also look after cases. In special cases, where the Delhi Police or other agencies make a request to further expedite the case, additional manpower from the DNA unit can be diverted, an official said. There are currently 20 teams working under the biology division.

“The major problem in such cases is the purification of samples… these cases are heard in fast-track courts and submitting the report in time is of utmost importance,” said Sanjeev Kumar Gupta, assistant director and the in-charge of Crime Scene Management (FSL).
As per FSL officials, the DNA section gets an average of 200 cases per month. Before the POCSO unit was deliberated, DNA reports used to be stuck for more than a year in many cases. In 2017, there were around 9,000 cases which were pending, but within a year, more than 4,000 reports have been submitted, said Assistant PRO (FSL) Rajnish Kumar Singh