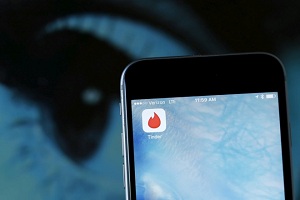 The Indian edition of dating app Tinder is trialing a new feature which gives women an additional level of scrutiny and security before they allow men to start messaging conversations, with a view to rolling the function out globally. The “My Move” feature allows women to choose in their settings that only they can start a conversation with a male match after both have approved each other with Tinder’s swiping function. Normally, the app gives both parties to a successful match – where both have swiped yes on the other’s photograph – the right to text each other immediately.

Tinder has been testing the function in India for several months and plans to spread it worldwide if the full rollout proves successful. Rival dating-app Bumble already only allows the female party to a heterosexual match to start conversations. Dating is still frowned upon in many circles in India’s religiously – and ethnically-divided society, where arranged marriages are still the norm. Thousands of reports of sexual violence and rape in India each year have also raised concerns around the safety of women in many parts of the country.

Yet an emerging class of young, well-to-do Indians in cosmopolitan cities like Bengaluru and Mumbai have made the country Tinder’s largest market in Asia. The company also says it is the “chattiest” globally, with users using the in-app messaging feature more than any other country. Taru Kapoor, General Manager for Tinder owner Match Group in India, told Reuters the function had been pioneered in India because of Tinder’s need to attract more women to the app by making them feel more comfortable and secure.

“We’re a platform based on mutual respect, consent, and choice,” she said. “(Users) can shape their own destiny, connect with people they feel comfortable with and at all points of time, feel in control. Our users have the autonomy, especially women have the autonomy, on how to be engaged, to be empowered, to control their experience.”