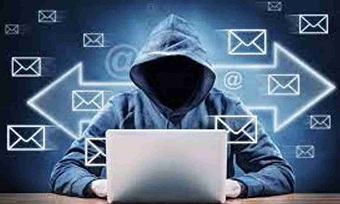 Tamil Nadu Generation and Distribution Company (Tangedco) has recently cautioned the public against fraudulent messages stating that their connection would be disconnected and to contact certain numbers. In the past two months, two people have lost money to phishing in the name of electricity bills.

On June 7, one V. Natarajan (83) of Chennai lost Rs 8.7 lakh rupees after he got an SMS stating that his electricity bill was due and to clear it to prevent disconnection. Natarajan told police that a person contacted him and informed him that a link is sent to his phone number and he should send an amount of Rs 10 as trial payment. Within a matter of minutes, he was poorer by Rs 8.7 lakh. He lodged a complaint with the EB and the Tamil Nadu Cyber security wing. The Cyber police were able to trace and retrieve the money within 20 days but the scamsters could not be arrested.

Even as the Tangedco and the Cyber wing of the Tamil Nadu police were creating awareness among the public not to fall prey to such fraudulent messages. However, on Friday, a woman consumer of Tangedco, Krishnaveni (52) , of Avinashi Road, Coimbatore, lost 4.2 lakh rupees after she received a similar call. She received a link and the scamster asked her to pay Rs 10 as a trial and within minutes she lost Rs 4.2 lakh to the scam.

Cyber cell police have commenced the search for retrieving the money. A senior officer with the Chennai Cyber police wing told IANS that if the victims lodge a complaint immediately with the Cyber wing, the money can be traced and retrieved. He asked the people to contact the cybercrime helpline number 1930 if they fall victim to such a crime. He said that the action has to be immediate as it would be difficult to recover the money once it is withdrawn.

Cyber wing police officers say that the fraudsters are targeting old people and middle-aged people who are not internet friendly and cheat using the latest phishing techniques. Tangedco, meanwhile, issued a rejoinder that the power utility does not send such SMS alerts or links and called upon the public to immediately contact the consumer service department or the cyber cell of the police if such incidents are coming to notice.