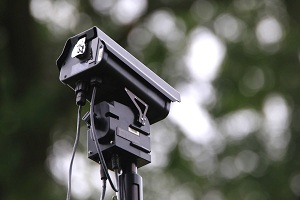 Surveillance footage can be a great security tool, but it works best when you know the exact moment that you’re looking for. Do you know that there was a break-in at your offices between 1 a.m. and 1.15 a.m. on Tuesday morning? Provided you’ve got cameras in the right place, closed-circuit television (CCTV) footage can be exactly what you’re after in terms of evidence. But surveillance footage isn’t always quite so useful. If you’re monitoring a large number of cameras and are searching for something more open-ended — for instance, a sighting of a missing person — it can leave you in the position of having to search, eagle-eyed, through hundreds or even thousands of hours of video.

Things could be about to change, however, thanks to researchers from India’s Ahmedabad University and Lalbhai Dalpatbhai College of Engineering. who have developed what they hope could become the Google of surveillance video systems. It would allow people to enter a text-based description of a person of interest, and then have artificial intelligence (A.I.) scour the footage for a sign of them.

[Our] technology asks only the description [of a person] — for example, 180cm tall man with a white T-shirt and blue jeans — to search,” Hiren Galiyawala, one of the researchers on the project, said. The technology is not yet perfect, and with some of the other technical limitations of surveillance footage, it may not be any time soon. For instance, Galiyawala notes that surveillance footage is usually of such low resolution that making out faces is difficult. (And don’t for a second imagine that the CSI-style tech that allows police to enhance blurry images actually exists!) That means that you’re limited to searching attributes like a person’s height, gender and clothing. Unless someone is wearing a particularly outlandish attire, you’re therefore unlikely to only find the specific person you’re hunting for in a large collection of surveillance footage. However, Galiyawala said this technique “can be used to reduce the search space in hours of surveillance footage.”

In tests, the technology was able to accurately find 28 out of 41 people to help prove its efficacy. The researchers now plan to further develop the technology by adding in more search signals, like the ability to search for particular body builds and more detailed information about clothing styles. “Research is ongoing in this project,” Galiyawala said. “Future work will be focused on improving the accuracy of the system.” A paper describing the work is available to read online, and the work will be presented at next month’s International Conference on Advanced Video and Signal-based Surveillance in New Zealand.