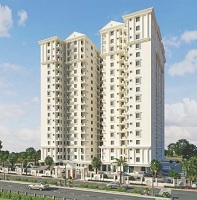 To keep a check on high-rise buildings near the state hangar and Jaipur airport, the Urban Development and Housing (UDH) department might formulate separate bylaws for this zone. In a meeting, chaired by the UDH Additional Chief Secretary (ACS), Ashok Jain, directions have been given to Jaipur Development Authority (JDA) zone commissioner to analyze and examine the bylaws of other airports in the country before formulating new norms. Jain said, “We have sought a report in 15 days. After examining the report a decision will be taken about formulating norms.”

According to the officials, there are no specific bylaws at present to construct a building near the airport. The necessity to formulate the norms was felt after the district collector wrote a letter to JDA. “There is a VIP movement near the state hangar and it poses a security threat with high-rises constructed in nearby areas. At present, the developer can construct a building after procuring no objection certificate from the Airports Authority of India (AAI),” an official said. Though, directions have been given to restrict the height of the buildings near state hangar, question is what will happen to the existing buildings constructed near the airport.

In the past, the mushrooming growth of high-rises was witnessed in the area. There are many new projects coming up near the airport periphery. AAI recently provided clearance on raising the height of buildings at Bajri Mandi on Tonk Road to 33.5 metres from 3O metres. “In close proximity the developer is allowed to construct a building up to 15 metres. A special permission is required from the AAI if a developer has to increase the height of construction,” said an official

The official added that formulating bylaws is the need of the hour as the airport is not on city outskirts anymore. During Congress rule, the then minister Shanti Dhariwal proposed a vertical housing development strictly around Jawahar Circle Garden near the airport area on lines of a meticulous ‘C’ shape alignment of Marine Drive in Mumbai. To create a beautiful view, town planners were told to strictly