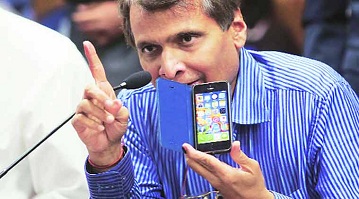 After introducing an app to buy suburban tickets, Southern Railway is planning to develop an app to enhance passenger security. It will be on the lines of the one developed by the Central Railway and Western Railway for suburban commuters in Mumbai.

The public transport app called m-Indicator, aimed primarily at women, was launched in January. The move to develop an app comes after instructions from the Railway Board that all railway zones should develop apps for passengers to access services of Railway Protection Force (RPF). Currently, passengers use helplines.

A senior railway official said, “We are trying to rope in a few private app developers. The idea is to improve upon the one available for commuters in Mumbai. Our requirements are different, so we need more features.” The commuter security feature of the app does not require internet to function. It sends out SMSes to RPF when a commuter presses a panic button and a call is connected automatically. RPF will be able to track the commuter and send a team for assistance.

“There is no deadline set for completing it but we are trying to get it done in a few months. The app will take time to be developed as it needs customisation to suit the needs of Chennai commuters. These changes and improvements are being decided upon,” he added. More than 10 lakh commuters use suburban trains in Chennai.