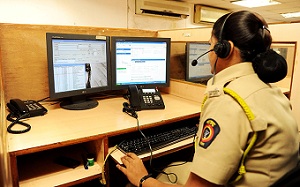 Days after a woman was molested outside the New Delhi railway station and claimed not to have received any aid when she dragged the accused to the nearest police post, Delhi Police has issued orders to all railway police stations to ensure duty officers (DOs) keep track of whether the investigating officer (IO) has attended to a distress call.

The directions were issued to all seven railway police stations by the office of JCP (Transport) Atul Katiyar. As per the directions, every DO at a police station has to cross check with the caller if an IO has reached the spot or not.

If the IO is stuck elsewhere, the DO must depute another officer. The directive further states that the IO is supposed to inform the SHO or a senior officer if he/she is busy, in which case the SHO will attend the call. It also stated that the DO will be held responsible in case of any laxity. When contacted, JCP Katiyar said a duty officer is responsible for assigning tasks. “The SHOs have also been asked to keep track of calls received at the police station,” he said.

There are 486 policemen posted across the seven stations. According to police, a DO could be a person from the rank of head constable to sub-inspector. The SHO usually assigns the post to someone who has been at the police station for a few years and knows the area. The DO has to note down details of every call received in a register, and his duty changes every six – eight hours. The IO could be an officer from the rank of head constable and above.