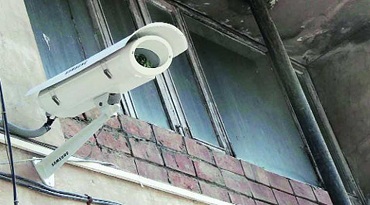 The Pune Municipal Corporation (PMC), which has been struggling to maintain its network of 94 CCTV cameras in the city, has offered to hand it over to the state government, which is planning 1,200 CCTV cameras across the city as part of its plan to beef up security. “The PMC had set up a network of 94 CCTVs in the city in 2011 from the local area development fund by legislator Anil Bhosale. However, there have been problems in maintaining them as cables of at least 20 CCTV cameras have either been damaged or stolen,” said Vijay Dahibhate, Deputy Municipal Commissioner. “The state government has undertaken the project of setting up the CCTV network. So, we have decided to offer the available network for the project. The offer was made in a meeting recently held in the Mantralaya,” Dahibhate added.

Shrikrishna Chaudhary, an executive engineer with the PMC, urged the state government to integrate its existing CCTV network in its project of establishing a network of 1,200 CCTV cameras across the city. “The state government has agreed to take over the CCTV network set up by PMC, but wants to check its compatibility with the network being developed for security purposes,” Chaudhary said.

The PMC had undertaken the repair work for the damaged network so that it could be handed over to the state government after being made completely operational, he added. According to a civic official, the PMC has been witnessing damage to its CCTV network in Chaturshingi area, Mari-aai gate and Patil Estate area. Meanwhile, the state government has also directed the PMC to cooperate with the agency setting up the network across the city as it requires digging of roads to lay cables and use of civic property to install CCTVs.