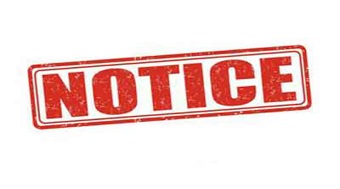 The Home Department, Delhi has issued a show cause notice to ‘Brinks India Private Limited’ — one of the largest private security agencies in the country, for not having a ‘valid licence’. Surprisingly, the company, running for the last 35 years, is not registered under the Private Security Agencies (Regulations) Act, 2005, and the Delhi Private Security Agencies (Regulations) Act 2009.

Brinks India is one of the leading network providers in the country that provides security services such as security guards, secured vans for cash transportation, and ATM service provider to major banks and financial institutions situated across the country.

According to a report in the Pioneer, “M/s Brinks India Private Limited is not registered under the PSRA, 2005 and the Delhi Private Security Agency Act (DPSRA). Whereas, under section 4 of the Private Security Agencies (Regulations)Act, 2005, “No person shall carry on or commence the business of private security agency-unless he hold a license issued under this act”. But Brinks Private Limited commenced the business of private security agency without a PSRA license, which is in violation of Section 4 of PSRA, 2005 and punishable under section 20,” read the show cause notice issued by the Home Department. The agency runs a fleet of cash vans in the National Capital and none of its vans used as cash vans for transporting cash in bulk to banks and ATMs have licence.

The ‘illegal’ services came to light after a robbery of a cash van took place at Mayur Vihar on 8th October of the current year, where a security guard lost his life to save Rs 4.50 crore kept in the cash van. “When such incidents take place, the concerned agency should pay compensation to the family of the deceased who lost his/her life while performing duty but even after repeated notices, the company did not respond and did not pay any compensation to the family of the deceased security guard. Taking cognisance of the incident, the Ministry of Home Affairs (MHA) ordered a detailed investigation. It was found that the Company do not have a PSRA license,” said a senior Delhi Police official.

The show cause notice further asked the agency to furnish the reply within 15 days. As per section 20 of the PSRA Act, 2005, any person who contravenes the provisions will be awarded an imprisonment for a term which may extend to a year and fine may also been implemented. The home department has also sought the help of the Labour Commissioner in this matter and also asked the Deputy Commissioner of Police (East) to find out the reason and submit a report within the next 10 days, the police official added