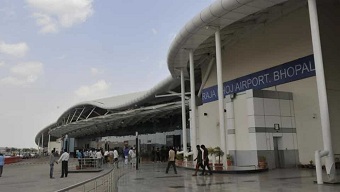 Small airports will soon get an additional layer of security, with the Airports Authority of India (AAI) procuring Real Time Viewing Systems (RTVS)for 39 small airports, including Bhopal, Dehradun, Trichy and Jodhpur, two officials familiar with the matter said. The equipment is essential for the functioning of bomb detection and disposal systems and used for the detection of weapons and explosives through a hand-held device.

Only six of the 61 airports guarded by the Central Industrial Security Force (CISF) are equipped to defuse and dispose of explosives. Bomb detection and disposal squads were operational at the airports in Delhi, Mumbai, Chennai, Kolkata, Cochin and Hyderabad, and following three rounds of meetings with civil aviation ministry, Amritsar airport also joined the list.

Airports require 28 pieces of equipment including explosive vapour detectors, bomb disposal suits, and remote-operated vehicles for making explosive detection and disposal squads operational, according to rules specified by the Bureau for Civil Aviation Security (BCAS).
The real-time viewing systems (RTVS) will make it easier for security personnel to identify a potential threat in an abandoned bag.

Privately run airports and 18 AAI airports had the systems in place by 2012. AAI is procuring the systems for 39 more airports at the behest of the BCAS. The RTVS consists of a lightweight, compact X-ray source and an imaging unit that are positioned on opposite sides of the target object, plus a standard notebook computer for controlling the system and analysing images.

“This is like a handheld X-ray machine which can be used to scan abandoned bags. Where it is not available, we have to rely on explosive detector and wait for state police to come with the equipment. Now, the threat, if any, can be identified in no time,” said a CISF official. A committee of secretaries in 2011 had advised installing bomb detection and disposal gadgets at 18 airports in the first phase. Amritsar, Chennai, Guwahati, Jaipur, Kolkata, Ahmedabad, Calicut, Trivandrum, Srinagar, Goa, Bagdogra, Jammu, Leh, Pune, Agartala, Imphal, Raipur and Varanasi were covered in the first phase. “The equipment will be very useful in the area before the security check-in as the device can identify a suspicious item in the bag. The integration of technology with human resource is very important,” said Arvind Ranjan, former Director General of CISF