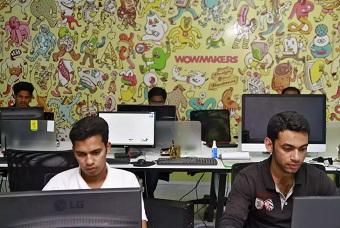 The Indian Institute of Technology Jodhpur, in collaboration with WhizHack Technologies Pri-vate Limited, has announced the launch of a Centre of Excellence (CoE) in Cyber-Physical Systems Security at the IIT Jodhpur Technology Park on 9th June 2022.

The CoE will create research infrastructure to develop breakthrough concepts to detect, pre-dict, and mitigate attacks on cyber-physical systems. WhizHack will build use cases with key industry verticals for successful projects and develop security products for the global market. Projects related to Infrastructure, Defence, and the Government sectors will be undertaken in the future.

According to a 2022 Gartner study, cyber-attacks on organizations in critical infrastructure sectors rose by a dramatic 3,900% between 2013 and 2020. Gartner Security and risk leaders have ranked the Internet of Things (IoT) and cyber-physical systems as top concerns for the next three to five years.

According to Mr Kaushik Ray, Co-Founder and Chief Operating Officer (COO), WhizHack Technologies, “WhizHack, as India’s only vertically integrated cyber security organization, has built and deployed its ‘Made in India’ cyber threat detection system across prominent infra-structure such as Defence, Telecom, Power, and Enterprises. It is building next-generation se-curity products to serve Indian and global markets that adopt a holistic approach in which Operational Technology, Internet of Things (IoT), Industrial IoT, and IT security are managed in a coordinated effort, and not in silos.”

Prof. Somitra Sanadhya, Associate Professor, Department of Computer Science and Engi-neering, and Professor Deepak Fulwan, Associate Professor, Department of Electrical Engi-neering, along with eminent faculty members from multiple departments of IIT Jodhpur, will be involved in projects under this collaboration. The ultimate aim of IIT Jodhpur’s Centre of Excellence in Cyber-Physical Systems Security is to reduce the attack surface in developing ‘deception-as-a-service’ customized for specific industry verticals.