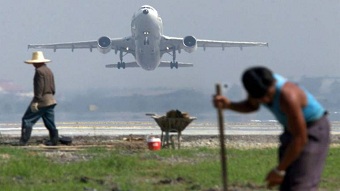 The audit revealed glaring outcomes including low quality security equipment, inappropriate barricading of the airport and improper documentation of records and cargo safety, say reports. According to the business daily, the audit report questioned whether the aviation regulators were “capable” of managing “unprecedented growth” in the sector. A senior government official, however, clarified to the daily that ICAO requires BCAS to be autonomous, which it isn’t at present.

“It (BCAS) is not currently (autonomous) because it has been created under the Aircraft rules and not an act of parliament,” he said. In an earlier audit, the international organisation had questioned the Directorate General of Civil Aviation’s (DGCA) working with respect to safety regulations. DGCA is responsible for “safe and efficient air transportation”.
While BCAS scored close to 90 percent in 2015, “that rating will fall much lower and the BCAS might perform dismally this time,” another official said.
Set up as a cell to coordinate, monitor, inspect and train personnel, BCAS was made a separate organisation in 1987 to set standards and measures with respect to security of civil flights at International and domestic airports in the country.