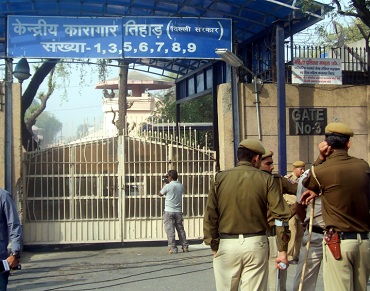 In a bid to decongest the notoriously over-crowded Tihar Jail, the Delhi government has decided to transfer prisoners excluding high-profile inmates to the new Mandoli Jail in east Delhi by October.

The Mandoli complex — which will house six individual jails — has been ready for over a year but could not be inspected and cleared for use as there was no government in place in the Capital. Soon after the Aam Aadmi Party came to power in February, then home minister Jitender Singh Tomar, who was replaced by Satyendar Jain recently, visited the site and told the prison authorities to make it operational by October.

“A team of experts had to finalise the height of the boundaries and there were some security concerns that needed to be addressed,” the government official said. “The team has suggested some changes and funds required for it will be cleared by the Cabinet,” the official added.

The complex will be divided into six jails spread over 68 acres and will have the capacity to house 3,750 inmates. “Any politician, terror accused or someone influential will stay in the Tihar Jail complex as it is the oldest and safest jail in Delhi, but a separate jail is being constructed in the Mandoli complex for high-security prisoners. The latter will accommodate five additional jails; one each for regular convicts, first-time offenders, long-term under-trials, minors and women,” the official said. It will be equipped with a solar water-heating system, an RO system, a sewage treatment plant and rain water harvesting system. Accommodation for 604 staff members has also been arranged at the staff hostel. The process for recruitment to 747 posts in the jail administration has also been expedited.

The Tihar and Rohini jails in Delhi have a combined capacity of 6,250 inmates but house nearly 14,000 prisoners. There is also a proposal to construct jails in Narela in northwest Delhi and Baprola on the outskirts of Najafgarh for both of which, the prison authority has made requisitions to the DDA to allot land.