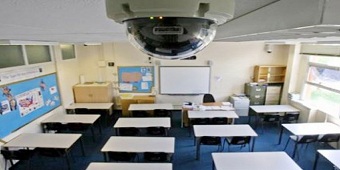 The Expenditure Finance Committee (EFC) of the Delhi government has directed the administrative department that standard operating procedures (SOPs) covering maintenance of cameras, performance standards and releasing of funds be prepared for the Rs 597-crore project to install 1.47 lakh cameras in schools.

The committee, which met on May 15, also disapproved of the Public Works Department’s decision to float request for proposals (RFPs) and finalise tenders for the project without its clearance. The PWD responded that tender may have been finalised, but work has not been awarded yet for the want of sanction of expenditure.

Of the total cost of the project, Rs 358.83 crore is for supply, installation, testing and commissioning while Rs 50.21 crore will be set aside for maintenance for five years. Also, Rs 144.50 crore is for internet connection charges for lease line for five years. At the meeting, attended by PWD Minister Satyendar Jain, Transport Minister Kailash Gahlot, Finance Secretary Rakesh Bali and PWD engineer-in-chief RK Aggarwal, it was decided that a separate bidding process would be initiated for internet connectivity of the CCTV network.
Jain on May 16 announced that the EFC has cleared the CCTV project. However, as per the minutes of the meeting, the committee did flag certain issues, including finalising of the tender before its approval. “This should not normally happen,” the committee had observed.

The project envisages a system where parents will be able to track their children in classrooms in real time through a mobile app, while the principal of each school will monitor their activities on an LED screen. The estimated cost of the project did include the cost of internet connectivity, but it was not a part of the bid. The panel directed that after the installation of cameras, “separate bids will be invited for internet connectivity”.
“Secretary (Finance) has expressed that since the project has a component of comprehensive maintenance of five years, SOP containing detailed procedure for periodic as well as preventive maintenance of cameras and other allied infrastructure, performance standards, replacement/repair of defective equipments, releasing of funds, etc shall be chartered out in detail by the administrative department…” state the minutes of the EFC meeting.

It was decided that the proposal will be brought to the Cabinet after the SOP is prepared. The development comes at a time when the government’s project to install CCTVs across the city is caught in a row, after Lt Governor Anil Baijal constituted a committee to prepare an SOP keeping the privacy and security concerns of mass surveillance in mind.