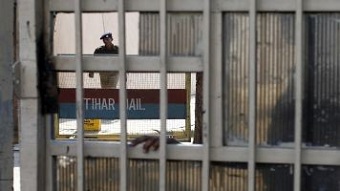 Delhi Cabinet approved a Rs 120-crore proposal for installing CCTV cameras in Tihar, Mandoli and Rohini jails, a move aimed at ensuring that no VIP treatment is meted out to inmates on the premises.

According to the government, the project will ensure the security of inmates since there have been incidents of violence which have even resulted in serious repercussions, including murders. It was approved at a Cabinet meeting chaired by CM Arvind Kejriwal. It comes days after the EFC, headed by Deputy CM Manish Sisodia, cleared the proposal.

“This proposal of the Home Department will be executed by the PWD and will include supply, installation, testing and commissioning of CCTV surveillance system, including comprehensive maintenance at Tihar, Rohini and Mandoli Prison complexes,” the government said in a statement. The project will be executed at a cost of Rs 120 crore, it added. The statement said that the state government’s move to provide such a large sum of money for better functioning of jails and to introduce transparency in them was the first in the country.