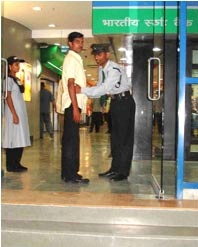 framed by it,” the official said. The government has made it clear that service like cash-in transit and ATMs should also be handled by licensed security agencies in the national capital.  Sources said that apart from this, government is also preparing a security blueprint for all the city’s banks and ATMs so that untoward incidents can be prevented.