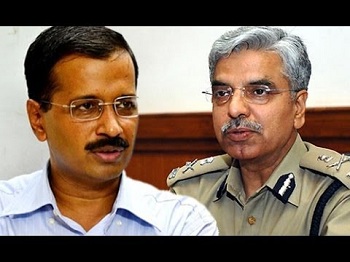 Following up on the promise of installing CCTVs across Delhi, the Aam Aadmi Party-led government has written a letter to Commissioner of Police, BS Bassi, requesting him to provide a list of dark spots around the city which could be potential places of crime against women. In the letter, the AAP government has mentioned major issues concerning the residents of the national capital and expressed support to police in their efforts of ensuring safety and security to all citizens, particularly women. “The government is committed to installing CCTV cameras across the national capital. The Delhi Police is requested to provide a list of dark spots considered vulnerable for women so that CCTV cameras installation can be started there. The government is also looking forward to ensure immediate illumination at these spots,” said a Delhi government press release. Furthermore, It has also requested the police to install CCTVs in all police stations, for which the cost will be borne by the government.

“The government regularly receives a large number of public complaints about non-registration of FIRs by the police. It is desired that CCTV cameras be installed in all police stations and Delhi government is ready to bear the cost. There are complaints about the non-accessibility of beat constables who are entrusted witn patrol duties. Citizens find it difficult to contact them. Delhi Police is requested to ensure prominent display of their names and contact numbers,” read the press release. Before Delhi Assembly Elections, the AAP in its manifesto had promised to install 10-15 lakh CCTV cameras all over the city along with ensuring a security guard in every bus.