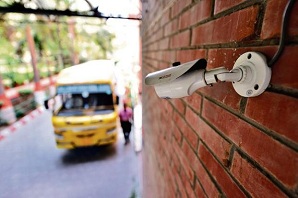 CP Plus, a security and surveillance solutions provider, is in talks with private equity funds to raise around $100 million by September, two people aware of the development said.
The company has hired investment bank Avendus Capital to help raise the funds by selling a significant minority stake. “The company expects to soon receive non-binding bids from PE firms. The fundraise is expected to be closed by the end of next quarter.”

According to the source, the company has received strong interest from PE firms.
“There is strong interest in the security and surveillance space and CP Plus being the leader in the domestic market is an attractive bet for investors. Additionally, Aditya Infotech is also a distributor for a Chinese brand Dahua Technology, which also has a strong presence in the Indian market. CP Plus itself has been growing at a pace of 25-30% year on year,” he said, also requesting anonymity.