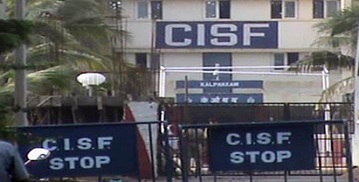 The Government has handed over the exercise of conducting a threat assessment and security analysis of all the 16 Indian Institutes of Technology (IITs) and Delhi’s premier medical institute, AIIMS, to the CISF. The decision has been taken by the Union Home Ministry keeping in mind the vulnerability of these vital institutions and after witnessing the increasing reliance of important service sectors of the country on CISF consultancy to secure their businesses and large workforce against potential security threats like terror attacks and similar breaches, official sources said.

All the 16 IITs located in Mumbai, Delhi, Kanpur, Chennai, Kharagpur, Guwahati, Indore, Roorkee, Varanasi, Hyderabad, Jodhpur, Patna, Bhubaneswar, Ropar, Gandhinagar and Mandi and the All India Institute of Medical Sciences (AIIMS) campus in Delhi have been brought under the “institutional and uniform” security processes as outlined by the central force which has a centre of excellence in this regard.

Experts and officers of the force will travel to all these locations in the coming days to chalk out a fool-proof security apparatus for these facilities which will be guarded by their own staff. Latest records show India Inc. has been increasingly investing in professional anti-terror consultancy provided by CISF, with such demands from the business sector witnessing a sixfold increase since the last year.

The Central Industrial Security Force, the elite force mandated to guard vital installations like airports, nuclear and aerospace facilities across the country, has registered a quantum jump in earnings as it earned over Rs. 2.64 crore in 2014 and the first four months of this year. This is more than sevenfold jump in terms of money earned by CISF for rendering these services as compared to 2013. The force has recently prepared a new blueprint to provide aggressive and smart security-related knowledge to these institutions with CISF Director General Arvind Ranjan personally monitoring each of these cases.