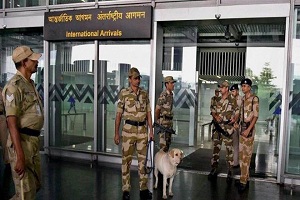 With close to 4,000 CISF personnel manning the Delhi airport premises, CISF has gone tech savvy by adding a technology wing. A senior official shared that in light of incidents where drones were often seen within the airport premises, raising threat perception, the CISF had come up with the plan to start a centre-Aviation Security Training Institute (ASTI). To strengthen security cover at Delhi’s Indira Gandhi International airport (IGIA), security agencies have started a specialised training institute for the Central Industrial Security Force (CISF) personnel. Senior CISF officials said that security personnel will be trained to deal with high threat perception situations such as aerial attacks by drones at a fully modernised centre near the domestic terminal of the airport.

In August last year, one of the three runways at Delhi’s Indira Gandhi International Airport was closed for over an hour after the pilot of a Chennai-bound flight spotted an unidentified flying object. It was also after senior officials from the CISF attended the International Civil Aviation seminar last year in Montreal, a specialised institute is being constructed.
The official said that the Aviation Security Training Institute has been inaugurated by the senior officials of the CISF in the presence of airport operator, DIAL (Delhi Airport International Limited) officials last week. Kishore Shrikant, Deputy Inspector General, CISF, Delhi Airport said that the ASTI is equipped with the latest innovations to deal with all kinds of security threats.