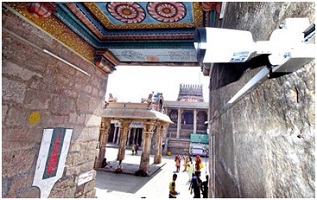 Installation of closed circuit television cameras will soon be made mandatory in all commercial establishments and religious places that have a footfall of 500 persons per day. This rule will be applicable in Bengaluru and other municipal corporations across the state.

A bill to this effect, titled “The Karnataka Public Safety (Measures) Enforcement Bill-2017”, was passed in the legislative assembly. Outlining the government’s intention, law minister T B Jayachandra said the bill has been mooted to augment public surveillance and to aid the police in curbing crimes, preventing acts of terrorism and other illegal activities.

The bill makes it mandatory for all establishments — which also include educational institutes, hospitals, sports complexes, industries, railway stations, bus stations and places of organized congregations — to install CCTVs at their own cost and to make available video recordings of up to 30 days to the designated police authorities as and when required during investigation of specific crimes.

According to the bill, establishments are required to file periodical returns every three months to the jurisdictional police inspector stating that public safety measures, including CCTVs, have been provided and properly maintained. Those failing to file periodical returns are liable to pay a fine of Rs 2,000 for the first time and Rs 4,000 the second time. The jurisdictional police inspector has been empowered to inspect the establishments to ascertain compliance. Those who refuse to share the CCTV footage will be penalized Rs 5,000