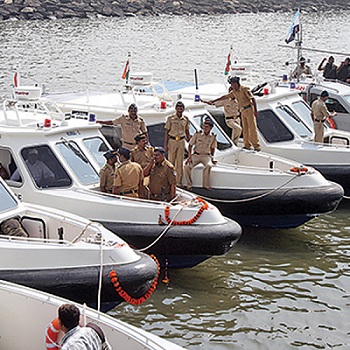 Glaring loopholes in the state’s coastal security were exposed in a recent report of the Comptroller and Auditor General (CAG), which pointed to such problems as inadequate infrastructure and coastal police station staff being unable to swim.

The porousness of Maharashtra’s 720-km long coastline was laid bare after the 1992 bomb blasts, when explosives were brought into the state through beaches in Raigad district, as well as after the 26/11 terror attacks.

The CAG, in its report on the general and social sector for the year ended March 2014, has pointed to deficiencies in planning for the scheme, delays in construction of coastal police stations and check posts, and infrastructure and manpower shortages. The CAG report also said that 57% of the non-technical staff posted in the coastal police stations did not possess swimming skills. This was despite the government having issued a circular which made swimming skills mandatory for staff deployed for coastal security. The boats to be used for patrolling were under utilised, with districts like Ratnagiri reporting just 8.47% utilisation.

As per a three-tier coastal security arrangement, the state is tasked with patrolling up to 12 nautical miles from the coast; beyond that, the area up to the high seas is the responsibility of the Coast Guard and Indian Navy. The CAG report noted that the coastal police do not have jetties of their own in the five districts. “Consequently, the patrolling boats are anchored either at jetties owned by the Maharashtra Maritime Board (MMB) or the jetties owned by the private operators. As such, there remained the risk of breach of confidentiality of police operations and its further misuse, by virtue of using common jetties,” the report said.

Funds sanctioned by the Centre for the project were also unspent and the four Sealegs amphibious marine boats procured from New Zealand by the state government after the 26/11 terror attacks, faced repair and maintenance problems after the expiry of the one year warranty period in 2010. The report has also raised concerns over joint patrolling with the Coast Guard, Indian Navy, Coastal Police and Customs being stopped.