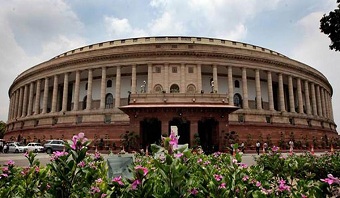 The Comptroller and Auditor General has slammed the defence public sector undertaking Bharat Electronics Limited for delay in executing contract of upgrading the surveillance system in the Parliament house, which led to the loss of over Rs 20 crore.

BEL was awarded a contract for upgrading surveillance close circuit television (CCTV) systems in the Parliament. The contract of Rs 29.53 crore was given by Lok Sabha Secretariat under the Ministry of Home Affairs in 2009. The contract stipulated that the liquidated damages for delay in commissioning and handing over the system only after successful testing. The integration of the old system with new system was completed on December 15, 2010 and subsequently, the integrated and upgraded CCTV system was offered to the Parliament in February 2011.

It was asked that the CCTV system should ensure effective surveillance of the Parliament complex as well as create tamper-proof recording for post analysis. It also asks that the system must seamlessly integrate existing components of CCTV system with new equipment to provide an online display of video images along with face recognition and unattended baggage detection. “However, due to technological limitations in the existing legacy system, certain parameters envisaged could not be incorporated in the system,” CAG observed in its report tabled in the parliament early this week.

The audit also mentioned that a third party audit carried out by the Ministry of Home Affairs pointed out many shortfalls in the functioning of the system and non-compliance to contractual scope of work. “As BEL did not improve the system by rectifying the defects, there was no formal takeover of the Parliament house. MHA eventually terminated the contract in April 2014, the agreement with BEL and demanded Rs 98.72 crore towards the liquidated damages,” the audit claimed. The MHA then decided to hand over the existing surveillance system to ECIL. CAG pointed out that BEL suffered a loss of Rs 20.64 crore.

“BEL carried out maintenance of the new system as well as the legacy system without a formal contract and the claim of Rs 2.08 crore made by BEL towards annual maintenance contract charges was not acceptable by the parliament house. Thus, BEL accepted the work with an open ended clause without adequate due diligence in appreciating the capabilities of work and associated costs,” CAG said, while adding, “Consequently, it exposed itself to liquidated damages of Rs 98.72 core besides loss of Rs20.64 core and maintenance of the system without any return by way of annual maintenance contract.”

However, BEL in its defence has told the CAG that it completed installation and commissioning with delay of four days only. Unilateral levy of liquidated damages of Rs 98.72 crore was illogical and not accepted by BEL. BEL also claimed that it had put best efforts to keep both the systems fully functional considering strategic importance of the site