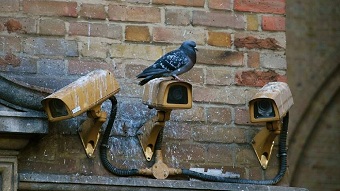 Brazilian security company, Polsec, will start testing its artificial intelligence-based cameras on the streets of three Indian metro cities — Mumbai, Delhi and Agra — from the start of January 2018, say reports. 100 units of the camera, called ‘Smart Eyes’, will be installed across the three cities and Polsec will increase the coverage across cities after all the necessary features are added to the cameras.

Renato Werner, the chief executive of Polsec commented on the use of the cameras to control traffic violations and littering issues. “The state governments are quite keen to look onto garbage debris, parking issues and vehicle behavior.” Werner said. The AI cameras work mostly on knowledge, experience and intuition. “For instance, the camera, after a few times, will learn how many people cross this street every day at this hour. But if it suddenly triples, the camera will detect this unusual behaviour and report.”