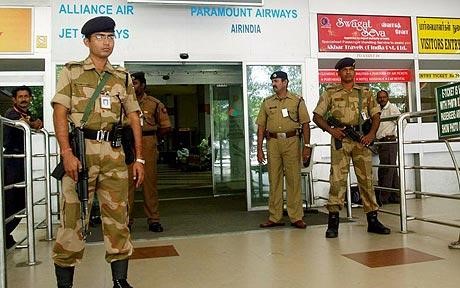 Airports across the country have been put on high alert after the Airport Authority of India (AAI) received a letter saying the Kochi- Mumbai and Ahmedabad – Mumbai flights would be attacked on October 25 and 26. Reports suggest suicide bombers could board the planes in the early hours of the morning.

Security at Kochi, Mumbai and Ahmedabad airports has been tightened with enhanced screening of passengers and rigorous anti-sabotage checks. Ground staff of AAI have been sensitised about the threat and aircraft are being more meticulously sanitised. At Kochi airport, Rapid Action Force personnel have been deployed with extra policemen frisking passengers and checking luggage. Access to the airport has also been restricted.

“We received information from Kolkata that there is a threat to the Mumbai-Kochi flight on Oct 25. We are on high alert,” said Kochi airport director A K C Nair. A security source said the letter – most likely an act of mischief — was received about a week back at one of AAI’s offices and led to elaborate security arrangements. “All such threats are taken seriously, even if it is the act of some mischief monger,” said a security official.