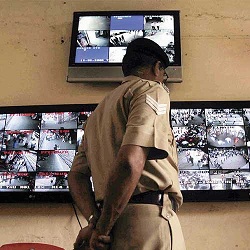 In the previous hearing, the government had stated CCTV was installed in 252 of the 1,567 police stations in the state. Earlier, the bench referring to a submission by the state government that the grant by the central government for police modernisation scheme had been reduced, expressed its surprise. Appreciating the comprehensive report filed by the IG in response to the queries raised by the court earlier, the bench noted that a proposal had been sent by the state government to the Centre with regard to grant of funds for modernisation.