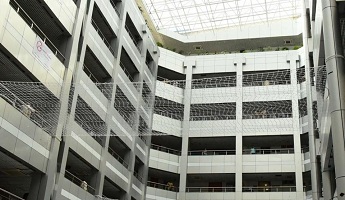 After a spate of suicide attempts at Maharashtra’s administration headquarters in Mumbai, Mantralaya, over the past few months, the government has decided to install a CCTV network of 420 cameras, and a state-of-the art control and command room, at a cost of ₹12 crore, at the three-building complex. The surveillance system will go live after chief minister Devendra Fadnavis inaugurates it soon.

Between November 2017 and February this year, there have been at least three cases where people have entered Mantralaya and attempted or committed suicide. In February, a 45-year old murder convict, Harsha Raote, who was out on furlough, committed suicide by jumping off the 5th floor of the building. Two weeks before that, an 83-year old Dharma Patil attempted suicide by consuming poison outside Mantralaya. He died at JJ hospital later. On November 11, 2017, a 28-year old farmer went up to the seventh floor of the building and threatened to jump off, protesting for several pending demands of farmers.

After Raote’s suicide, the Mantralaya administration installed safety nets in the atrium of the building. The CCTV cameras are another step to beef up vigilance and security. The police have also found other security lapses in Mantralaya, after a mob gheraoed the housing minister in 2017. In another instance, the government had to face flak after the police on duty at Mantralaya beat up a farmer who protested outside the chief minister’s office in March 2017. “The 420 CCTV camera setup will be monitored through a command and control room at the ground floor of the main building,” said an official from the home department.

“The network has various types of cameras, including pan-tilt-zoom cameras, fitted at prime locations in Mantralaya. The cameras will cover almost all the corners of the three buildings,” the official added. The network has been almost completely installed and is expected to start functioning next month.

Officials from the department said the ₹12-crore project will help the police prevent critical incidents at the building. “The network will help us identify and monitor suspicious movements by visitors, or unwarranted gatherings inside the building. It would be an exaggeration to claim that the suicide attempts can be completely averted, but it will also help us better investigate such cases,” said another official from the information and technology department. The official said the network will be integrated with Mumbai Police’s surveillance system