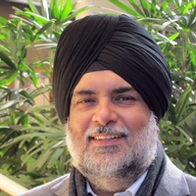 As per the latest indicators, the Indian economy is set to grow at over 7% annually. Data shows that the Foreign Direct Investments inflows into India jumped 18% to a record $46.4B in 2016 despite a global fall and a lull in business growth in India following the demonetisation exercise, last November. This is despite the fact that India is still perceived to rank high on the corruption index by surveys conducted by well known international bodies.
.
India is sitting on the wings of change, says RakeshJhunjhunwala, the billionaire investor who reportedly earned close to Rs 35 lakh every hour in the last 12 odd months! He further predicts that Nifty will hit 1,25,000 by from the current level of 9,300 in 2030!
As India is transforming fast, buoyed by the fast paced policy reforms and large scale technological infrastructure breakthroughs that we have achieved in the last few years, this will catapult us ahead of the rest of the world.

Raoul Pal, a former successful hedge fund manager, analyses: back in 2009, under the previous government, India did something that no one else in the world at the time had done before; they launched a project called Aadhaar, creating a biometric database based on a 12-digit digital identity, authenticated by fingerprints and retina scans. Aadhaar became the largest and most successful IT project ever undertaken in the world and, as of 2016, 1.1 billion people (95% of the population) now have  a digital proof of identity. To understand the scale of what India has achieved with Aadhaar you have to understand that India accounts for 17.2% of the entire world’s population!

The current government is smartly leveraging the strong foundations of Aadhar and swiftly moving forward to build a financial services and social security platform with financial inclusion for its citizens. These reforms, clubbed with other digital transformational projects aimed at social and financial upliftment of the weaker sections of the society combined with the nation wide GST roll out in the next few months will have a far reaching impact on India’s economy, boosting it upwards. The future indeed looks very promising, bright and full of opportunities!

It makes me happy and proud to see the current government seemingly making all the right moves and boldly charting the course for India’s economic progress.  However, my happiness and euphoria waned when I recently received an invitation to sign a petition on “change.org”. What I read shocked me! It did not gel with the image which the present government is projecting about itself!

The Right to Information Act, 2005 rules are being tweaked to accommodate two provisions where, first, an RTI query can be withdrawn by the applicant and secondly, where the RTI query will be closed if the applicant dies. This means that people can be threatened into withdrawing their queries. And if they don’t give in to threats they run the high risk of being killed. The change.org’s petitioner’s brother was killed. He was a common citizen trying to fight a case of corruption in his village.

Many people now use the RTI act to fight corruption in municipal corporations, local government bodies etc. This means that the new rules put the lives of common citizens fighting corruption in grave danger.

Why should an RTI query be closed after the applicant’s death? The government must instead make sure that the information is immediately disclosed. If someone is threatened, the Government must provide them protection instead of letting them withdraw their query. There have been more than 375 recorded instances of attacks on citizens who sought information to expose corruption and wrongdoing in various public authorities.

Citizens begin to doubt the intentions of the government when things such as this and other moves, like introduction of a scheme to obscure the identity of donors from public scrutiny to fund political parties via the Electoral Bonds, interference in personal lifestyle of people and meddling with their eating habits by banning beef in many parts of the country and the rise of cow vigilantism, ignoring the law of the land. All these factors throw a strong shadow of doubt on the government’s intentions, and in fact, are scary when one thinks of their ramifications and what’s brewing up for the future. Perhaps the answer to this lies in the ‘Yin and Yang’ theory!

Till we meet next month, Cheers and Happy Reading.